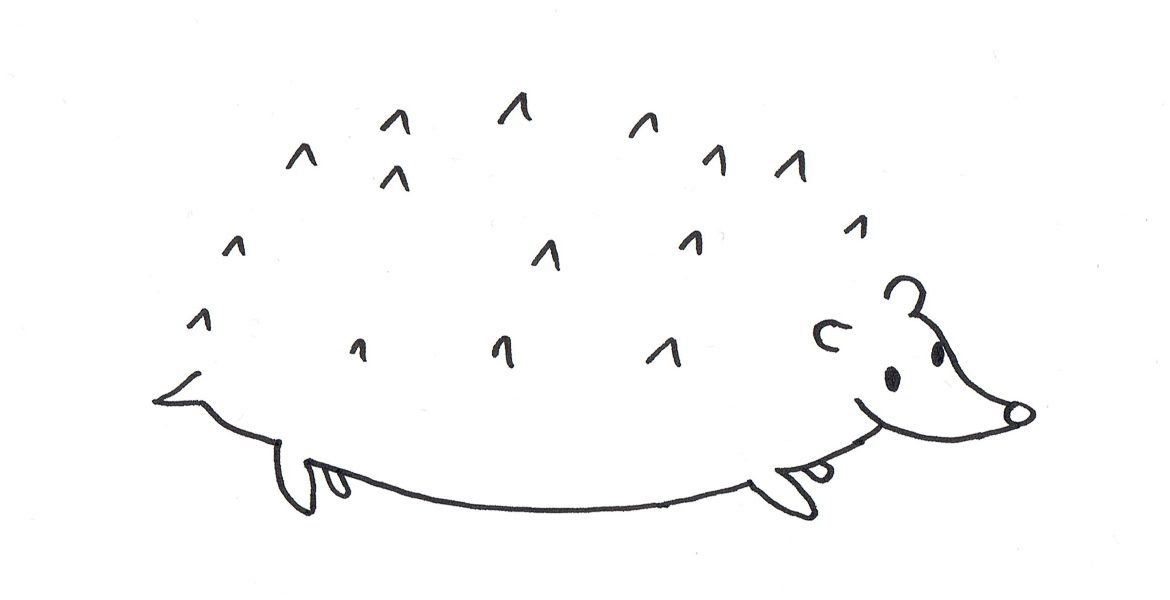 How creativity works? Associations and hedgehogs.

Have you heard that feeling happy, meditating, or thinking about the future can boost your creativity? Surprised? Indeed, this may sound like bullshit. But once you know what is happening behind the scenes, it makes sense. Understanding how creativity works is the first step to improve your creative thinking.

We all used to play the word association game. It triggers a weird satisfaction of moving away from one word to another, exploring more and more distant regions of your mind. The longer you play, the more it goes into the direction of dinosaurs (if you’re a kid) or sex (if you’re a teenager, or if you’re like me). Good news: if you know the association game, you will easily grasp the theory behind how creativity works!

Associations’ race in your head

Let’s give it a try. Think about a “cat”. What are your associations?

For me, the word “cat” very likely triggers “dog”, “fur”, and “cute pictures”. Less likely, “spikes” (the reason why females wail when making babies) and very unlikely, “water” (because we all know cats are liquid!). The distinction between “very likely” and “unlikely” is the basis of the associative theory of creativity. According to its author, Mednick (1962), a creative idea is born out of an unusual combination of associations. The unusual combination, in turn, emerges from two distantly related concepts. But how do you get there?

I have only highways, am I doomed?

Mednick was a smart guy, but he talked mainly about the differences between people. So while Harry has a flat association hierarchy (no association dominates because they’re all connected with dirt roads), Ron will have a steep one (a strong association through a highway with “fur” and weak with “spikes” through a dirt road). That’s pretty cool already, isn’t it? But it became even more interesting when another clever dude, Martindale (1989), introduced spicy details to Mednick’s theory. Martindale wanted to explain how the association patterns change depending on the situation. And the fact that the association patterns may change is good news because it means we’re not doomed to our association hierarchies. They’re not set in stone!

The new idea was that our associations behave like a set of interconnected nodes (semantic network, see Figure 2). Each node has direct or indirect links to other nodes. How does it work in practice? If you think of a cat or if you see a cat,  the “cat” node will be activated. This activation will spread from that node (“cat”) to surrounding nodes, bringing “fur”, “dogs”, or “cute pictures” to your mind. The question is, when does the activation reach “spikes” and “water”? Similar to the idea of “unlikely” associations, some nodes are easier and some are harder to reach. “Spikes” and “water” may be harder to reach, because these nodes are simply further away from the “cat” node. Whether activation reaches more distant nodes depends on its strength.

When trucks and motorcycles enter the roads

But what is this activation strength all about? Imagine packing your mental energy into a few trucks or into hundreds of motorcycles. Strong activation of a few nodes (“fur”, “dog”, “cute pictures”) blocks the spread of activation to further nodes. In other words, mental energy packed into a few trucks will reach only the closest associations. But when the activation is weak and distributed evenly across multiple nodes, it may well reach “spikes” and “water”. So, pack your mental energy to multitude of motorbikes and it will reach the darkest corners of your mind (hedgehogs too – see Figure 3)…

If you’re still reading, congratulations and rest assured that’s really it. Hopefully, your association hierarchy is as flat as the Netherlands, and the weak activation is spreading like Harry on the Firebolt to the most distant associations in your mind. Armed with the knowledge on how creativity works, try to think about it the next time you hear about becoming more creative.